At this time a basic demonstration electronic game is available, written and developed a number of years ago. It is playable and has a working rule engine and the ability to move units, attack and rebuild. As such, much of the initial logic has already been built and, when described to existing clientele, generates tremendous excitement.

This is in no small part down to the ability to make the game more accessible to users who can rely on an in-built rule engine (rather than hundreds of printed pages) to define what they can and cannot do.

Screenshots of the Working Prototype 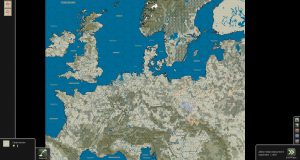 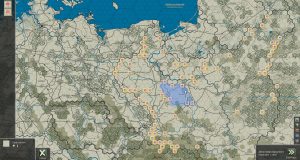 Starting up - deploy Allied forces...moving units within their movable range to your chosen strategic points. 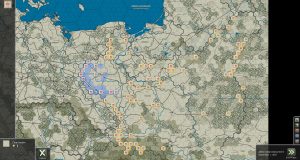 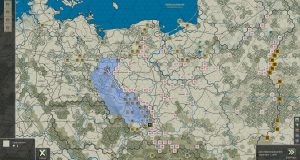 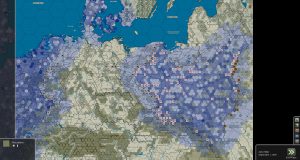 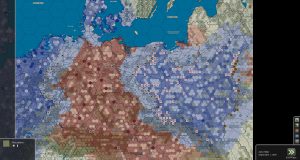 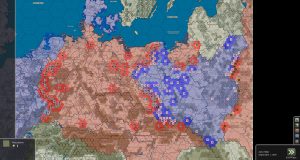 Zones of Influence overlayShows the areas controlled by each side along with contested areas. 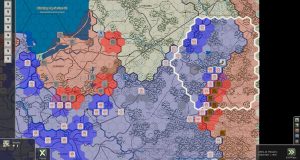 Moving suppliesSupplies can be moved allowing units to be rebuilt and re-armed. 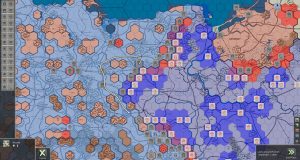 Entrain and detrainSupply your forces by building train tracks. Airbases can also be built during gameplay. 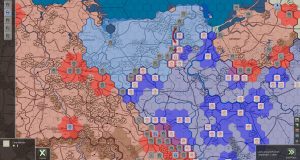 Set up your attacksAttacking opposition forces can be done stage by stage... 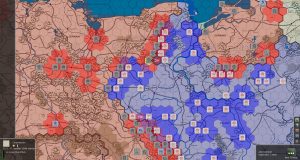 Complete your attack set-upAll your next move attacks can be set up and subsequently resolved. 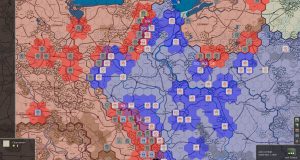 The software, however, has internal limitations created by dependencies within the code that relate to defunct software libraries. We will remove these dependencies, recoding into a modern, cross-platform software engine with modularised content, permitting the code to run independently of operating system or platform.

The use of a specific game engine has now been decided upon as the developers are available and of the highest quality and the platform provides all the benefits mentioned above.

The User Interface (UI) needs to be assessed, redesigned and expanded allowing more intuitive use of the software platform, whilst enabling players to elect NATO Standard Iconography or a more artistic set of unit art for example. The game screen will be increased in user interaction at the same time, with pop-ups during hover becoming a key element of how the game is utilised – providing information, help and options to the player. Assorted visual representations will be implemented to provide more intuitive and more user-friendly elements to the software.

Once the UI has been implemented, it is intended that the game play will be enhanced with greater automation, in-game highlights showing the processes implemented by player decisions, and generating semi-automatic movements (so that units formed in one country and allocated by the order of appearance to another are moved to the destination with minimal player impact for example). This would be player controllable and able to be turned off if players wished for a more limited visual experience, or perhaps more control over their forces.

Play testing will then commence, with the software being released to testing groups identified via the website, kickstart and social media presence. These testers would be provided with beta copies of the software to commence testing. It will be vital to gain player feedback during this process and that will be via social media and a variety of polls, surveys, and one to one conversations to determine what needs doing to improve the product to release standard. Modification will progress until the product is deemed “ready”.

Release in its most basic format will then progress, with players receiving one module with their game software. Monetisation in the format of options, new assets, and new modules will follow and drive ongoing revenues. It is possible that the Steam API and servers will be a part of this process, but it is worth considering utilising other routes to market.

At this point, with an established client base, it is likely that combinations of cross platform releases, as well as developing new layers and options within the basic system will be accelerated, whilst the ongoing research programme instigated by TKC Games will also drive new products in different periods of history. These can also be applied to this software engine, clearly opening new markets to the company.

Continue to The Proposal

We use cookies to ensure that we give you the best experience on our website. If you continue to use this site we will assume that you are happy with it.OkPrivacy policy